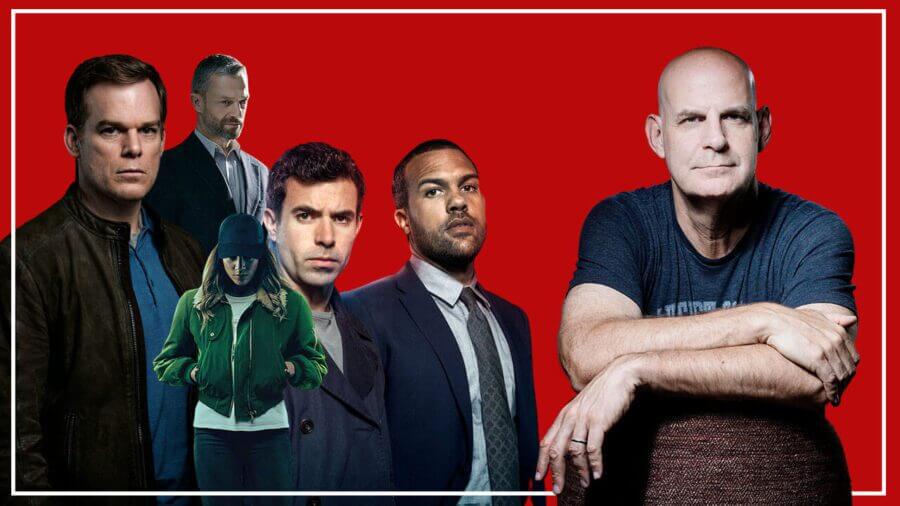 Netflix Original Series Coming in 2021 and Beyond

Harlan Coben is a prolific writer and signed a deal back in 2018 with Netflix to adapt many of his novels into Netflix Original productions. Here’s a look at all the movies & TV series released thus far and the ones currently in development.

Before we begin just a quick footnote. Although not a Netflix Original, The Five is available on Netflix US currently which originally aired in the UK. Likewise, Safe was produced before the deal but we’re going to include it below as it’s branded as a Netflix Original in most regions around the world.

If you’re hoping for the Myron Bolitar series to be adapted which ran from 1995 through 2016 across 11 releases, you’re going to be disappointed as they are excluded from the Netflix deal.

Although Netflix was the international distributor for Safe, it falls outside the overall deal with StudioCanal distributing in France on channel C8.

The limited series featured Michael C. Hall who starred as a widow of Rachel who is searching for his daughter and begins uncovering uncomfortable truths about those who live around him.

Throughout this limited series, you’ll be uncovering a set of secrets and lies by multiple families after the appearance of a stranger in town.

Richard Armitage (who will go onto feature in another Coben project) headlines with Sobhan Finneran and Shaun Dooley also starring.

The original pact stated that Netflix would be adapting the array of Coben books into multiple languages and that kicked off mid-way into 2020 with The Woods. The limited series made headlines for being the second full Netflix Original from Poland.

Starring local talent including Grzegorz Damiecki, Agnieszka Grochowska, and Hubert Milkowski the series followed a prosecutor’s hope of finding answers for his sister’s disappearance 25 years prior.

Coming to Netflix at the end of April 2021 is the first Spanish production out of the Harlan Coben library.

The limited series is being adapted by Oriol Paulo with Mario Casas, Alexandra Jiménez, Aura Garrido and José Coronado starring.

Heading back to the UK is Stay Close which is currently in production filming in Manchester.

The new 8 episode limited series will be directed by Daniel O’Hara. The original book is set in a more American setting so it’ll be interesting to see how it adjusts to its new British setting.

Speaking about the talent picked for the new limited series Coben said: “Talk about a dream-come-true cast – Cush Jumbo, an incendiary and awesome talent; Jimmy Nesbitt, a legendary actor I always wanted to collaborate with; and wow, Richard Armitage back again! And we have the incredible Sarah Parish too”

Fans of The Stranger and Safe, rejoice! The next Netflix show based on @HarlanCoben‘s books will be STAY CLOSE – starring Cush Jumbo, Richard Armitage, James Nesbitt and Sarah Parish. pic.twitter.com/58TRn2Kk1r

We’ve got an ongoing preview for the Stay Close limited series right here.

Another title currently in production is Gone for Good which will be a French-language 5-part limited series that began production in September 2020.

This one was announced at the beginning of the Netflix pact but we’re unsure where it is in development. The novel at the time wasn’t due to release until a year later and since then, we’ve not heard in what form the Netflix project will be.

Here’s what the story is about to give us an idea about what we could expect from any Netflix adaptation.

Other Coben Books That Could be Adapted

Above are six projects announced which leaves another eight books to be adapted. With the exclusion of the Myron Bolitar novels, here’s what ones are left to be adapted:

Are you looking forward to any of these Harlan Coben projects coming to Netflix? Which is your favorite one currently streaming? Let us know in the comments.

Is ‘Indoo Ki Jawani’ on Netflix in Canada? Where to Watch...

ABOUT US
Newspaper is your news, entertainment, music fashion website. We provide you with the latest breaking news and videos straight from the entertainment industry.
Contact us: contact@yoursite.com
FOLLOW US
© Newspaper WordPress Theme by TagDiv
MORE STORIES
Netflix